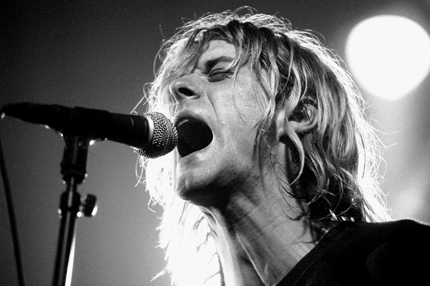 Nirvana’s Nevermind turns 20 on September 24, and the band’s label, Universal, is planning to celebrate the milestone anniversary of the landmark release with a bonus-packed reissue.The set will be a 4-CD/1-DVD package, featuring rarities, B-sides, and unreleased recordings. Also included are unspecified BBC radio appearances and an unreleased concert in its entirety on DVD. It hits stores on September 19.

During the band’s seven-year run, Nirvana recorded only three studio albums; the 2004 box set With the Lights Out remains a definitive collection of rarities, b-sides, demos, and other ephemera. The BBC radio appearances, however, are most likely from four in-studio sessions recorded between 1989 and 1991. (Two of those recordings, for John Peel and Mark Goodier’s radio shows, were included on the group’s 1993 rarities LP Incesticide).

Two months after being released, Nevermind pushed the grunge revolution to the top of the album charts, and went on to sell 30 million copies worldwide. SPIN selected it as the greatest album of the 1990s.

Universal is also planning to celebrate the anniversary with “various events and releases” throughout the year, according to a statement.