The Britpop band unveil "Every Teardrop Is a Waterfall," expected on their fall LP. 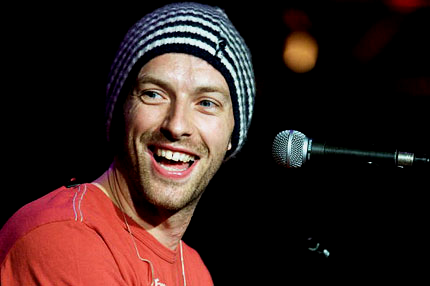 Coldplay’s yet-to-be-titled follow-up to 2008’s No. 1 Viva La Vida or Death and All His Friends is expected this fall. On Thursday night, the Britpop band unveiled what is expected to be its first single, “Every Teardrop Is a Waterfall.” Listen below!

The song — now available on iTunes — is a logical extension of the expansive sounds of Viva La Via. Colored by the glossy atmospherics of producer Brian Eno (who also worked on Viva), “Every Teardrop Is a Waterfall” opens with a distorted keyboard, acoustic guitar, and a twinkling lead electric riff, as Chris Martin sings about the power of music and love:

“I turn the music up / I got my records on / From underneath the rubble sing a rebel song / My heart is beating and pulses start cathedrals in my heart / As we soar… every siren is a symphony.”

Martin has said that the album would be about “two like-minded outsiders who meet in a very difficult environment and therefore have a journey together.” He also said the album is about “love, addiction, OCD, escape, and working for someone you don’t like. [It’s a] thinly veiled account of what happens within the group.”

Coldplay will play select live dates this summer, including Chicago’s Lollapalooza in August and Austin City Limits in September.