One year after debuting the track a capella at Facebook HQ, the rapper's 'My Beautiful Dark Twisted Fantasy' hits the web. 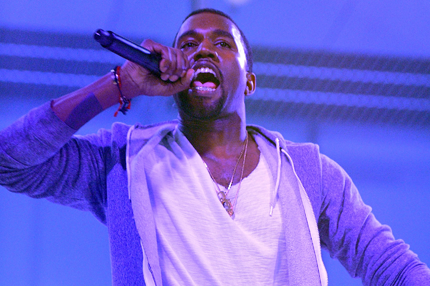 Last summer, Kanye West dropped by the Facebook headquarters to preview material from My Beautiful Dark Twisted Fantasy, where he debuted a rhyme titled “Mama’s Boyfriend.” That cut never made it onto the finished product, but a final, produced version has just hit the web. Hear that track, and revisit West’s a cappella Facebook performance below (via Dub on the Rocks).

West delivers a swaggering, soul-heavy banger, packed with sped-up female vox plus horn and string samples. But, of course, it’s West’s lyrics that shine and the MC slays with his tale of being a five-year-old in “supa dupa fly” “Superman pajamas” as he witnesses his single mom getting pursued by all manner of male suitors. “I don’t like you nigga,” he raps. “If I was old enough, I’d fight you nigga. I wanna run over you with my bike, you nigga!” Awwww!.