John Maus, ‘We Must Become the Pitiless Censors of Ourselves’ 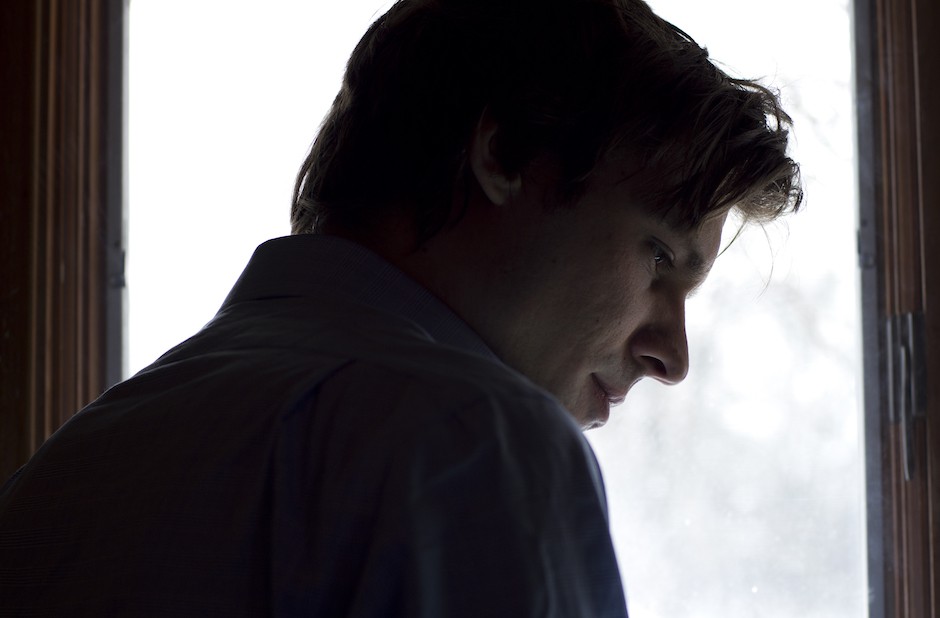 Before he attended CalArts, before he befriended Ariel Pink and Panda Bear, John Maus grew up in Spamtown, USA. This iconoclastic one-man synth-pop band’s roots in canned-meat capital Austin, Minnesota, bear consideration when approaching his deconstructed DIY new wave. From chintzy keyboards to karaoke-style performances, Maus exaggerates the stereotypically artificial to tap into something real.

On his first album for Ribbon, Maus does more than stay true to his bros. Watery analog fidelity and reverb suggest chillwave, but only on the surface. With bleakly detached baritone, anxiety-ridden bass lines, and vintage electronics, Maus works more like a steampunk novelist, imagining a cityscape where the discarded technologies of the recent past shed light on the present. Or, as he puts it on “Quantum Leap”: “Heart to heart, mind to mind, we are the ones who seem to travel through time.”

Reminiscent of obscure electroclash grand-daddy John Foxx, these retro-futurist trappings allow Maus to be scandalously, absurdly, and sometimes movingly honest. Noncover “Cop Killer” out-incites Ice-T, though its surreal coldness is more Grand Theft Auto than South Central. Stormy “Matter of Fact” describes what “pussy” isn’t and “Hey Moon” waxes wryly on lonely hearts like Magnetic Fields. Between the baroque church-organ breakdowns of “…and the rain,” Maus insists, “Somebody tell the truth.” On transcendent finale “Believer,” he sets you free.