Get "Senator," the first track from the indie mainstay's August release, produced by Beck. 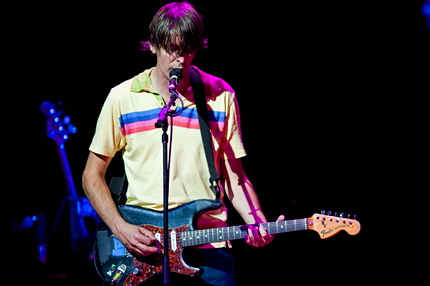 The first track from Stephen Malkmus’ fifth solo album, Mirror Traffic, produced by Beck, has dropped online before its August 23 release, and though the reunion tour from his ’90s band Pavement is over, it sounds a little like he never stepped offstage.

“Senator,” available below courtesy of Matador Records, is more playful and loose – and Pavement-y – than anything he’s released as a solo act. After the song’s fuzz-tastic guitar blastoff, Beck’s production adds space-age effects and gives extra pop to the drums, played by Sleater-Kinney’s Janet Weiss, a longtime member of Malkmus’ band the Jicks.

Check out the complete tracklist for Mirror Traffic below.