The rapper teams with Swizz Beatz for follow-up to Slim Shady's 2000 fan-stalker nightmare. 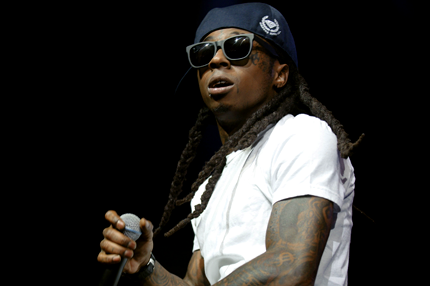 Wayne, who sounds like he just rolled out of bed and into his studio, brings one of his most toned-down raps in years. The tune – a sequel to Eminem’s fan-stalker nightmare “Stan” – chronicles Wayne writing a letter to his No. 1 female follower, where he opens up about the downside of celebrity and troubles with his lady. It’s a pretty chilling confessional, and the spare piano and slowed-down martial beat only heighten the drama. “I write you this letter, I hope everything is grand,” Wayne croaks. “I hope everyone’s good / I hope everyone’s prayin’ / I hope …hold up, baby, lemme switch hands / See, lately I’ve been dealing with a lot of shit, Anne. It’s burning me.”

Wayne is just coming off a triumphant set at this year’s Bonnaroo. Check out SPIN’s review here. Tha Carter IV is due out August 29.