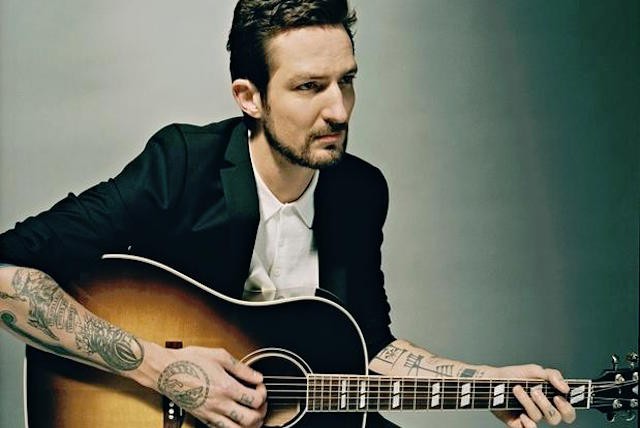 Frank Turner gives sincerity a good name on the rousing England Keep My Bones, an exclamation point in an increasingly brilliant career that ranges from early punk spew to more recent folkie testimony. Whether championing self-help via barroom rock (“Peggy Sang the Blues”) or spinning an a capella saga of royal treachery (“English Curse”), this spiritual offspring of Billy Bragg sounds like a man trying to unload his head before it explodes.

Furiously aware of his own mortality and desperate to make each moment count, Turner sets the tone on the opening track, “Eulogy,” howling, “On the day I die, I’ll say, ‘At least I fucking tried!'” He doggedly pursues salvation in everyday experience, and the man is most definitely not kidding when he exclaims, “Who would’ve thought that after all / Something as simple as rock’n’roll would save us all?”

Turner appropriates both the language and music of faith for the exhilarating, climactic “Glory Hallelujah.” Riding a joyous gospel-style melody, he unleashes one atheist zinger after another, turning nonbelief into a reason to party. “No blaming all our failings on imaginary beasts / Because there never was no God,” Turner booms. By abandoning illusions of an afterlife, he contends, “in the here and now we can try to do things right.” Rejecting excuses and apologies, Frank Turner vanquishes complacency.