More than 20 years into their career, Omaha, Nebraska’s reggae-and-rap rockers 311 — the guys who blew up in the mid-’90s with hits like “Down” and “Beautiful Disaster” — are back with their 10th studio album, Universal Pulse, out July 19. But why delay the good vibes? SPIN.com has an exclusive stream of the LP’s first single, “Sunset in July,” below.

The track is classic 311: head-bobbing rhythm, heavily distorted guitars, funk bass, and a feel-good sing-along chorus: “Watching you dancing and having the time of your life!!!”

Singer-guitarist Nick Hexum explains the track: ?”[It’s] about how the more fun you have, the faster life flies by. Most nights in July we’re on stage as the sun is setting. You can actually see the crowd losing their inhibitions as the daylight fades away. We get off on watching the crowd at our shows, which inspired the song’s chorus. People in the first few rows look like they’re in another dimension. Maybe they’re high — but we like to think it’s the power of music!”

Hexum says he wrote the song “while speeding around Angeles National Forest. I would write a couple lines and then haul ass around mountain curves until the next line would come to me. It’s a great way to write!” 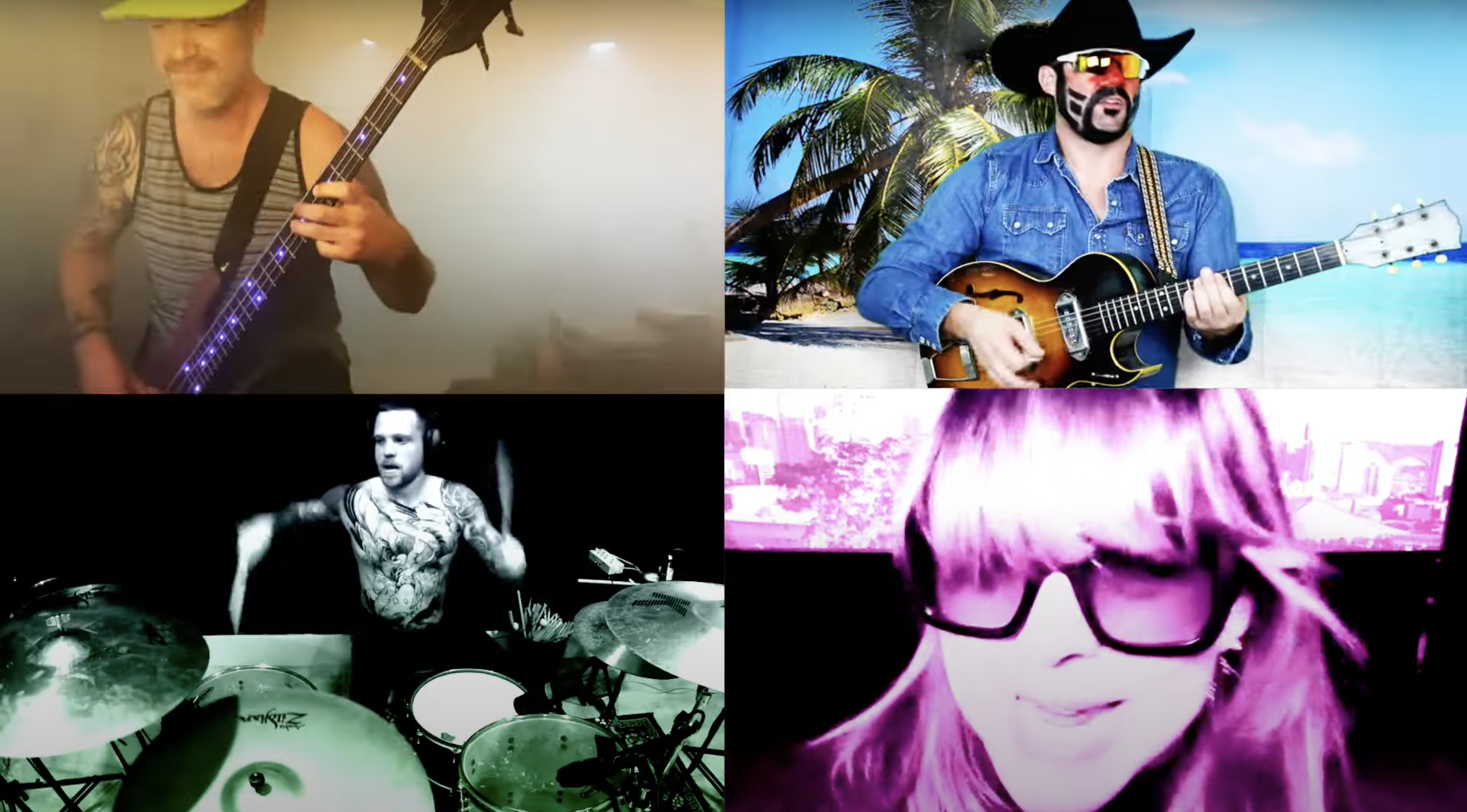 Universal Pulse was recorded at Hive Studios in Los Angeles, the band’s new home base, with producer Bob Rock (Aerosmith, Metallica), and is a musical “look back” for 311, says Hexum. “We wanted to bring back that shuffle feel. Our old stuff had a lot of that. We bring it back on ‘Sunset in July,’ as well as some heavy guitars. It’s an upbeat song that will be great to play live.”

311 are hitting the road this summer for their annual Unity Tour, which features openers Sublime With Rome. And from August 4-6, the quintet will host the first-ever 311 Pow Wow Festival in Live Oak, Florida. The three-night event will feature four sets from 311, including a performance of their million-selling 1997 hit release Transistor in its entirety, as well as sets from other acts like the Deftones, Reel Big Fish, the Dirty Heads, Ozomatli, and SOJA.