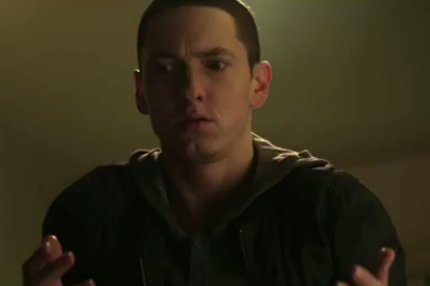 Word of advice for the ladies: Don’t mess with Eminem’s heart. He’s a tender, emotional, and volatile guy – and you don’t want him to get violent, do you?

The couple retreat to an eerie roadside motel, then things get drastic. Let’s just say there’s a visual representation of his lyrics: “I’ve got a hole in my heart / I love you so much it hurts,” he spits. “Tears stream down both of my cheeks… I’ll blow my brains in your lap, lay here and die in your arms.”