Bon Iver Album Debuts at No. 2

The self-titled sophomore record from Wisconsin crooner sells more than 100,000 copies in its first week. 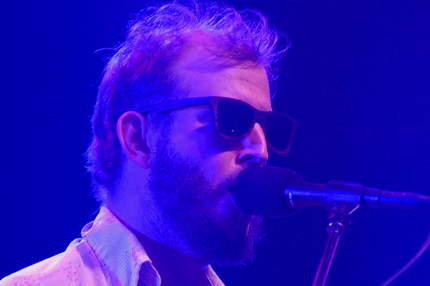 Whether they pronounce it “Bone Ee-VEHR,” “Bahn EYE-vur,” or something else, record buyers are enthralled with the new, self-titled sophomore release from current SPIN cover star Bon Iver, propelling it to a No. 2 debut on the Billboard albums chart on the strength of 104,000 copies sold.

Coming in just behind Jill Scott’s first album in four years, The Light of the Sun, Bon Iver marks the highest charting position for Justin Vernon’s project; 2009’s Blood Bank EP bowed at No. 16, with 23,000 in sales.

The album redefines Bon Iver, with a sound that’s grand when compared to Vernon’s breakthrough debut, For Emma, Forever Ago. It was recorded at April Base, his newly-constructed studio just outside of Eau Claire, Wisconsin. Being home helped him craft a calm, ambitous record, Vernon tells SPIN: “Shopping at Festival Foods. Seeing my folks. Being at this house. Building this thing. My job was to make my songs as good as I could, so we could keep building.”

Read the cover story to learn more about Vernon, and watch the video for the album’s lead single, “Calgary.”