Arctic Monkeys, ‘Suck It and See’ 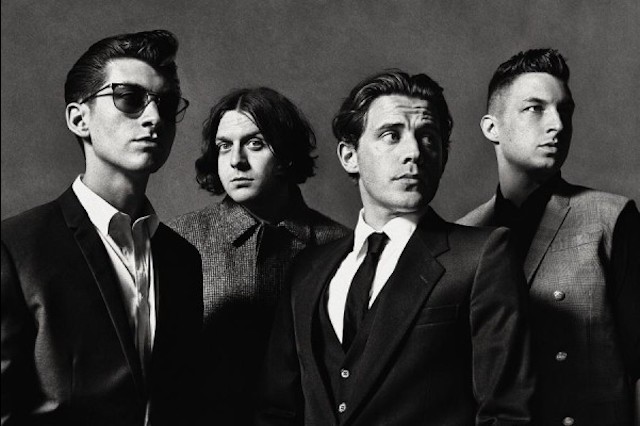 Five years ago, the only people who seemed impervious to Monkeymania were Arctic Monkeys themselves, who took the record-breaking U.K. sales and breathless next-Beatles hosannas with a calm detachment that belied their teenhood. That poise has served the band quite well — four albums in, and they’ve hit a remarkable mid-career groove that most bands their age will never see.

Which isn’t to say that they’re coasting — 2009’s Humbug took the lads from industrial Sheffield to producer Josh Homme’s baked Palm Desert domain, yielding a sludgier curveball, although the creases in the boys’ Black Sabbath T-shirts always looked a little too crisp to be believed. Suck It blends the deliberateness of that record with the fleet-footedness of their still-stunning 2006 debut Whatever People Say I Am, That’s What I’m Not and follow-up Favourite Worst Nightmare.

The constant throughout remains frontman Alex Turner’s smart mouth. Edgy gems like “If you’re gonna try and walk on water / Make sure you wear your comfortable shoes” (“Piledriver Waltz”) are more crooned than spat, and guitarist Jamie Cook has studied his Johnny Marr playbook. But even at a steady mid-tempo (only “Library Pictures” attempts to match the bugged-out pace of “I Bet You Look Good on the Dance Floor”), nothing feels turgid.

In fact, the title track may be the loveliest thing they’ve ever recorded: “I poured my aching heart into a pop song / I couldn’t get the hang of poetry / That’s not a skirt, girl, that’s a sawn-off shotgun / And I can only hope you’ve got it aimed at me.” Paul Westerberg, wherever he is, nods agreeably.