EXCLUSIVE: Check out the hot synth-pop band's hook-filled debut before it drops. 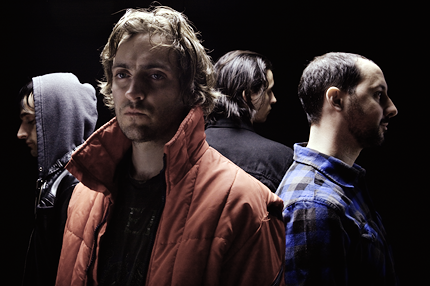 With expansive electronics, booming percussion, and arena-ready choruses, paired with frontman Noel Heroux’s upper-register wail and hopeless romanticism, the LP is looking to be one of this season’s best debuts, says SPIN’s Charles Aaron.

“My immediate reaction was, ‘This is exactly what everybody wanted MGMT’s Congratulations to sound like,'” Aaron says, “or what I imagined everybody wanted it to sound like after all the whining about the egregious lack of a ‘Kids’ or a ‘Time to Pretend,’ i.e., no magnificently thumping and gurgling and winking synth-rock ode to lost innocence and drugs.”