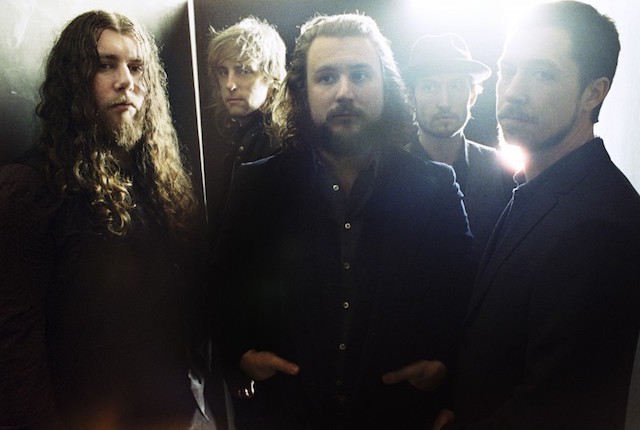 My Morning Jacket’s albums tend to have very specific musical reference points — Neil Young’s cold, high lonesomeness on 2003’s It Still Moves or the Radiohead-style jitter of 2005’s Z. Last time out, with 2008’s Evil Urges, however, the Kentucky quintet wound up in a more complex place. On an album of occasionally misbegotten jam-band funk, Jim James and compatriots threatened to bring to mind visions of Phish covering Prince.

Circuital resets the band’s compass. Recorded with producer Tucker Martine (the Decemberists, Sufjan Stevens) in a church gym in Louisville, it’s a get-back move, but not of the grasping, lost-nerve/empty-tank variety. Indeed, the reference point here is fairly unexpected and audacious: the Who, transposed to a far-off galaxy where James passes frigid nights weaving hazy dreams.

Long stretches of Circuital could even pass for an alternate version of Quadrophenia, albeit one heard as a distant echo with the volume turned down to deathly quiet. James sounds remarkably like Roger Daltrey at times, singing with an appealing, yearning catch in his voice. The seven-minute title track muses mournfully about “goin’ nowhere” and winding up “right back in the same place that we started out.” And yet it most definitely does go somewhere, just as soon as guitarist Carl Broemel’s Pete Townshend-style power chording kicks in. Somewhere behind blue eyes.