The singer opens up about the albums and songs that inspired the Toronto punk band's epic rock opera 'David Comes to Life.' 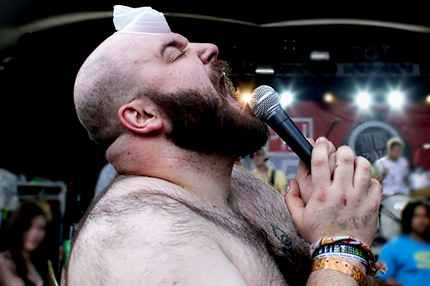 Fucked Up have made the most ambitious album of their decade-long career with David Comes to Life (out June 7), an 80-minute punk-rock opera that explores love, death, and redemption with songs that range from riot-igniting hardcore to art-damaged indie-rock. Frontman Damian Abraham – along with his bandmates Jonah Falco, Mike Haliechuk, Sandy Miranda, Josh Zucker, and Ben Cook – found inspiration in everything from obscure ’70s theater-punk to classic American plays like Thornton Wilder’s Our Town.

SPIN caught up with Abraham to dissect the key influences of one of the best hard rock records of the last ten years.