The indie vet on responsible drug use, Jean-Claude Van Dam, and Mexico City. 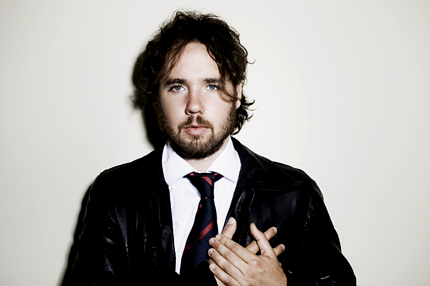 FAVORITE ALBUM:
“Laughing Stock by Talk Talk and Whatever You Love, You Are by the Dirty Three. These two records are tied for the most authentic human emotion ever captured on an album. Both will come with me to the next life.”

FAVORITE RESTAURANT:
“Swan in Toronto and Avec in Chicago. Swan’s Capon Chicken is the only dish I know that makes your body feel like you are eating a duvet. Avec is always busy with good energy. The staff swoop you up, and before you know it, you’re eating chorizo-stuffed Medjool Dates that actually stop your heart for three or four seconds. It’s the perfect death when accompanied with sparkling bubbles.”

FAVORITE MOVIE:
“JCVD. It came out in 2008 when the theme to a lot of films was, ‘Ruined Man Trying to Make His Life Right,’ and it slipped through the cracks. Jean-Claude Van Dam gave a raw performance that re-evaluates his actual life on screen. It’s fun and quite endearing.”

FAVORITE DRUG:
“To truly enjoy a drug you must be free of all the negativity surrounding it, and that’s next to impossible. The fact that so many people have destroyed their lives by finding a ‘Love’ fix through drugs weighs down the idea of enjoyment. With drugs there is guilt; with guilt there is a bad high. So it’s hard to say which is my favorite. I would suggest if one wants to experiment, they should find some good friends, a comfortable environment, and smoke a joint. Put on a record of choice and look for some laughter. If that doesn’t do it for you, then go have a nice latte and read a self-help book.”

FAVORITE PLACE ON EARTH
“Mexico City. It’s not like any other city I’ve been to. I don’t use the word ‘magical’ lightly, but I need to make this statement: the city and people are quite magical. I always feel the reason for living when I’m in Mexico City.”

FAVORITE MANTRA/QUOTE/PIECE OF ADVICE:
“People suck and people are beautiful… which side are you on?”

FAVORITE BODY PART:
“The wrist. I like the entrance and the exit aspect of it.”