Download a song from the first guitar-slinging act on the DJ's Mad Decent label. 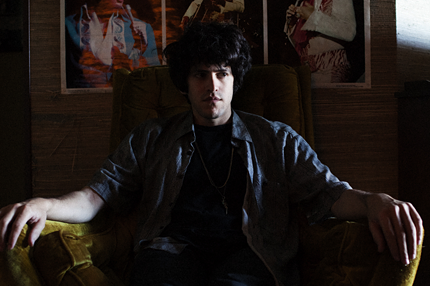 Diplo and the crew of artists on his Mad Decent imprint may be purveyors of cutting edge dance and hip-hop, but the label is bucking that trend with some retro-minded rock’n’roll, courtesy of new signing Bosco Delrey. Download the lead track from his debut Everybody Wah.

On “Baby’s Got a Blue Flame,” Delrey, who was born in New Jersey but raised in Memphis, TN, lays out a jittery rockabilly groove with an Elvis Presley-ish sneer – but he updates his classic rock’n’roll with drum machines and cascading synth melodies.

Everybody Wah is out now exclusively via iTunes, and at all digital retailers next week.