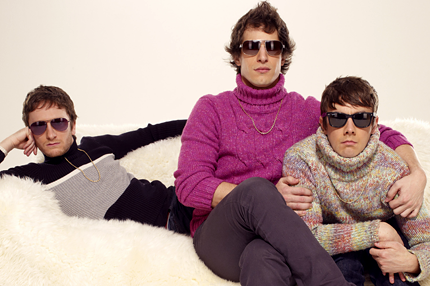 On their second album Turtleneck & Chain (out today), comic act the Lonely Island — featuring Saturday Night Live’s Andy Samberg, Akiva Schaffer, and Jorma Taccone — scored an impressive list of guests for 15-track set of hilarious tunes, which include Santigold, Beck, Nicki Minaj, Snoop Dogg — and even pop balladeer Michael Bolton. They’re perhaps the only guys who could get the reclusive Beck to utter a creepy-hilarious lyric like,”All you pretty girls, we know you want our bodies,” (as he does on “Attracted to Us”) or get Bolton to don drag and impersonate Erin Brockovich, like he did for the group’s awesome “Jack Sparrow” video.

But what about the great comic albums that came before them? SPIN caught up with Samberg and Schaffer and asked them to pick the five albums that impacted them the most.

For more on the Lonely Island, visit their official site.