LISTEN: Unreleased Against Me! Demo

The Florida punks open up their archives for the upcoming 'Total Clarity' collection. Hear "Exhaustion & Disgust." 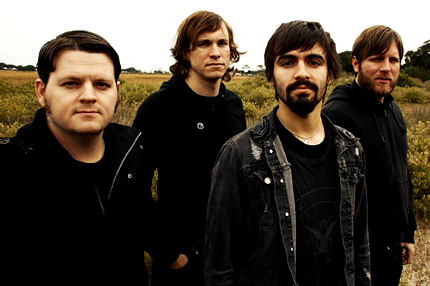 Gainesville, Florida, punks Against Me! are previewing songs from their new collection of unreleased songs and b-sides Total Clarity (out May 24) via MySpace Music. Hear “Exhaustion & Disgust” right here.

The song was a demo from sessions for 2005’s Searching for a Former Clarity, and while the cut features loads of Tom Gabel hollering, there’s something gorgeously ’70s arena rock about the guitar riffs, almost like a punk version of Aerosmith’s “Dream On.”

A different track from Total Clarity will post each day this week on MySpace Music, leading up to a full album stream on May 21.

Against Me! ended their relationship with Warner Bros. Records in late 2010. “It feels like we can do whatever we want,” frontman Tom Gabel told SPIN in December. “We can put out a record as quickly as we can write the songs.” That plan is taking shape now, with the band dropping two new songs — “Russian Spies” and “Occult Enemies” — via their manager’s label, Sabot Productions, on June 14, as both a 7-inch single and a digital release.

As for touring, the quartet will play their hometown venue Common Grounds on May 24, before it closes for good, and also Memorial Day weekend’s Sasquatch Festival outside Seattle. A U.S. tour launches May 31 in Pittsburgh, and continues through the summer via the Vans Warped Tour. See complete dates.