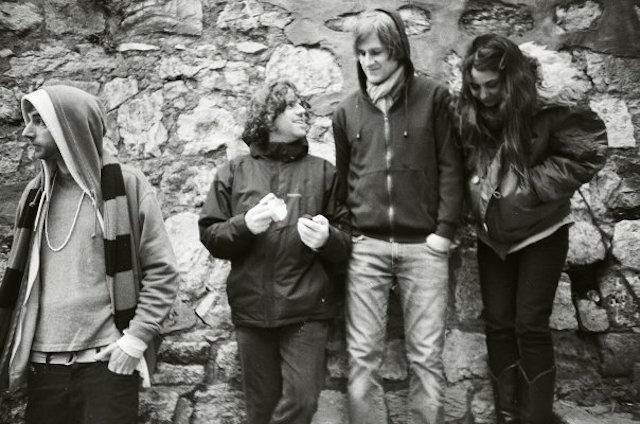 As a proudly underground entity, Manhattan’s Gang Gang Dance seemed bent on creating one long celestial psych jam. But for 2008’s Saint Dymphna, they pared down the dubby dance experimentation and reaped the rewards (namely, a record deal). Less woozy and intoxicating than its predecessors, that album was a gateway drug into what now turns out to be an even wilder and murkier milieu.

GGD’s fifth album and first for 4AD, Eye Contact opens with the 11-minute “Glass Jar,” a freewheeling mass of synths, cymbals, and high moans that withholds the beat far beyond the halfway mark. The song also contains a key clue: a man’s voice declaring with Sheen-like clarity (and/or inscrutability), “It’s everything time.”

So, Gang Gang Dance are back to testing boundaries. For them, it’s a return to the future.