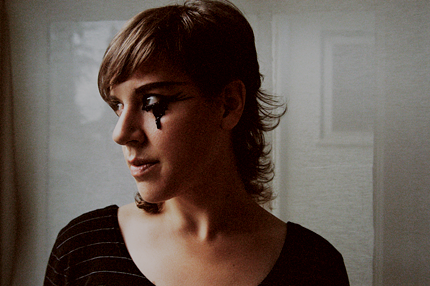 In March, tUnE-yArDs mastermind Merrill Garbus found herself in the strange position of having to bolster Yoko Onos confidence after sharing a bill at the South by Southwest festival. Recalls Garbus, “She said, ‘[After the show] everyone only talked about you, and I was like, ‘Well, and you, too, and we both giggled, because shes one of the most famous people of all time.”

A surreal moment? Definitely. But Ono wasnt fibbing: When the 32-year-old Garbus re-creates her quirky pop live, jaws dont just drop, they become temporarily unhinged. Her dizzying new w h o k i l l (4AD) sounds like Beck and M.I.A. hosting a cabaret in the middle of the Sahara–off-kilter African beats roll under ukulele chords, blasts of brass, distorted reggae bass lines, and field noises that she recorded herself (e.g., tweeting birds and ambulance sirens). In concert, where she plays solo or with a full band, a shoeless Garbus loops layers of sounds through an effects pedal while singing in her smoky, textured tenor.

The endearingly idiosyncratic performer grew up in Connecticut, where her folk-music-loving parents played harpsichord and fiddle. She went on to study acting and African culture at Smith College, performed with a puppet theater, and then played ukulele and sang for a time in a Montreal band called Sister Suvi while also earning extra cash as a subway busker. “Its beyond open-mic doom,” Garbus says of the latter experience. “Youre definitely gonna get shat upon.” Her solo music clicked once she got a $100 digital voice recorder and started editing blips of found sound into the cut-and-paste jams on her debut, 2009s BiRd BrAiNs. (That albums whimsical “Fiya” was featured in a Blackberry TV ad.)

By the time Garbus was ready to make w h o k i l l, the recorder had become “a horrible, paralyzing crutch,” she laughs. Nonetheless, she and bassist Nate Brenner hit an Oakland studio and pieced together ten tracks influenced by everything from Kanye Wests “Gold Digger” (the clanging “Gangsta”) to the Haitian earthquake (the hypnotic “Bizness”).

After a headlining tour of Europe this summer, tUnE-yArDs plans are murky. “I wish I had this grand vision,” Garbus says, “but its been one blind step at a time.” So far, shes been moving in the right direction.
BUY THIS ISSUE
Read the entire June 2011 issue of SPIN, available now for iPad.