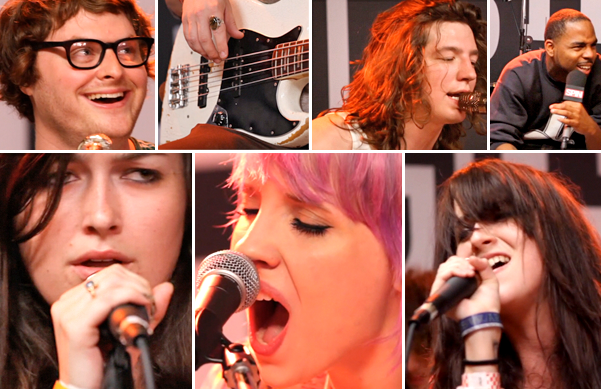 On our recent trip to Austin, we invited some of our favorite bands to stop by the SPIN Loft on 6th Street to sit down for quick chats and a few intimate performances, including a special team-up between Telekinesis and Death Cab's Chris Walla, plus hot indie popsters Cults, Texan songbirds Eisley, and more!

On our recent trip to Austin, we invited some of our favorite bands to stop by the SPIN Loft on 6th Street to sit down for quick chats and a few intimate performances, including a special team-up between Telekinesis and Death Cab's Chris Walla, plus hot indie popsters Cults, Texan songbirds Eisley, and more! 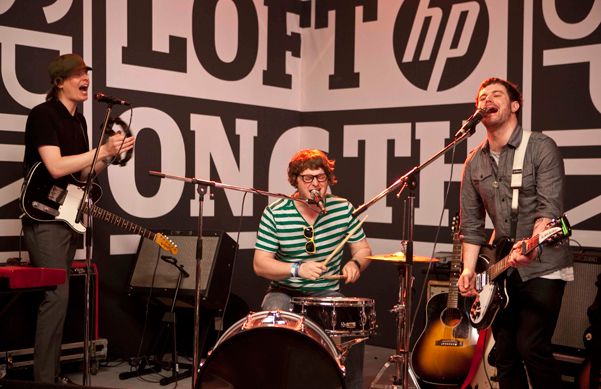 Michael Benjamin Lerner, who, as Telekinesis, recorded one of our favorite records of the year -- 12 Desperate Straight Lines -- showed up to perform with a very special guest: Death Cab for Cutie guitarist Chris Walla, with whom Lerner produced the album, as well as his self-titled 2009 debut.

Joined by Blood Brothers guitarist Cody Votolato, the trio -- minus usual bassist Jason Narducy -- pounded out "You Turn Clear in the Sun." Check it out, plus an interview with Lerner.

Plus, check out Telekinesis on tour with Portugal. The Man starting April 29 in Portland, OR -- check out dates here. 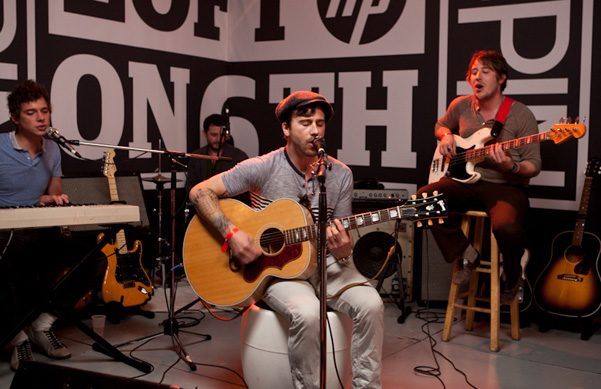 While the Portland-via-Wasilla-Alaska band's major-label debut won't be out until late summer, and has no title, Portugal. The Man came to Austin anyway, mainly, they say, for the chance to play at Stubb's with TV on the Radio -- and to catch Wu-Tang Clain.

At the SPIN Loft they played two cuts from 2009's The Satanic Satanist, which was recently reissued.

Plus, check out Portugal. The Man on tour with Telekinesis starting April 29 in Portland, OR -- check out dates here. 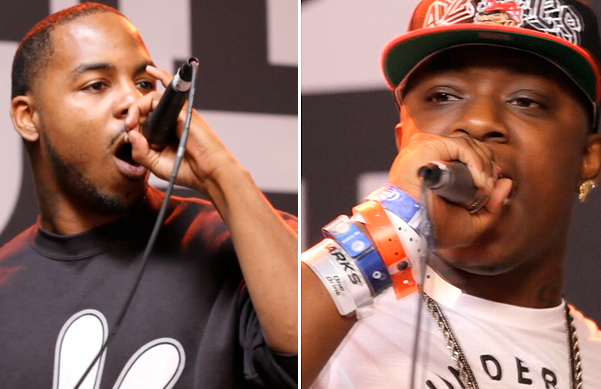 Alabama hasn't necessarily been a hip-hop hotbed, but the duo of Yung Clova and ST 2 Lettaz, aka G-Side, are changing that. After blogs lavished praise upon their mixtapes, like this year's The One...Cohesive, G-Side put Huntsville on the map.

And things are looking up, in terms of fiscal success: Clova is down to working just two days a week at the barber shop he owns. Check out the videos here and get a taste of this about-to-break duo. 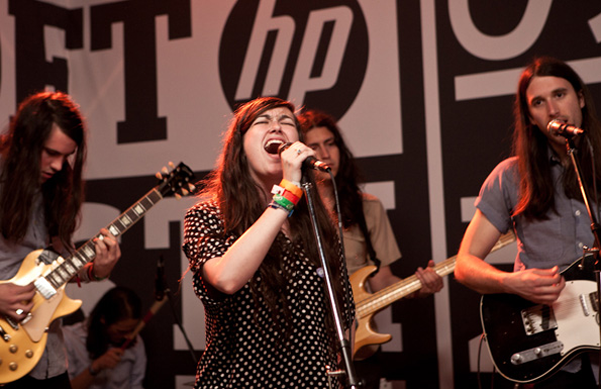 They met as film students in NYC, but Madeline Follin and Brian Oblivion couldn't have scripted their band's rapid rise to acclaim, which finds them signed to a major label and playing bigger and bigger shows on the strength of their eerie, semi-nostalgic rock'n'roll.

We were Cults final stop of the long SXSW weekend, but they still delivered gripping versions of two songs off their self-titled debut album, which arrives in June. 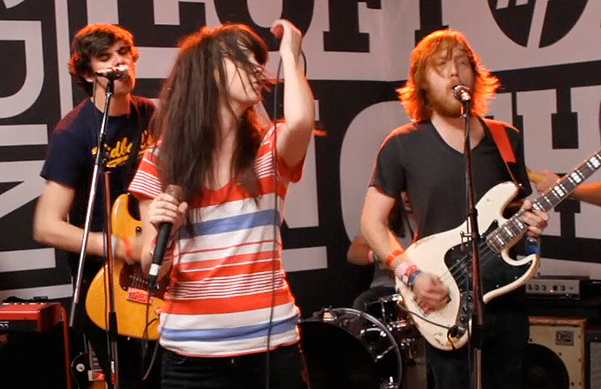 A rocket-fueled act from Bowling Green, Kentucky, the band wowed us with their gritty power pop sound, and girl-guy vocals between singer Alex Kandel and guitarist Tony Smith.

They might not be undercover for long: Sleeper Agent heads out to support many dates with Cage the Elephant, one of SPIN's picks for this spring's top tours. 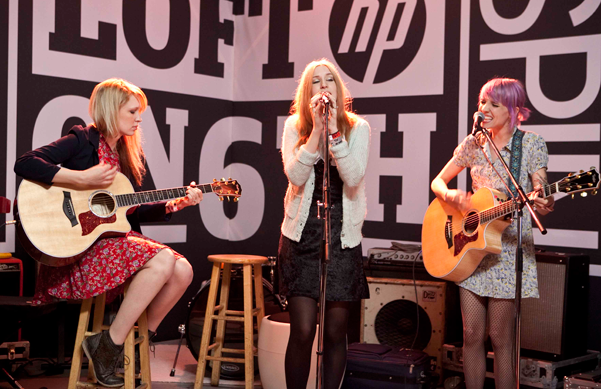 Texas natives Eisley, featuring sisters Chauntelle, Sherri, and Stacy DuPree, were stoked to be in their home state at the SPIN Loft, and even more excited to be playing songs off their four-years-in-the-making album, The Valley, which premiered on SPIN.com to much fanfare in February.

After performing two songs from the new album, Sherri told a moving story about how a fan said their music helped steer her away from a suicide attempt. 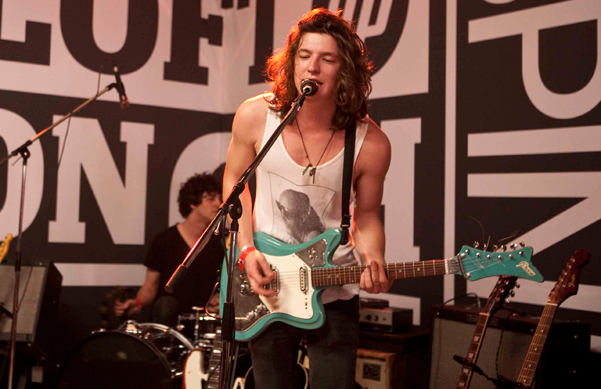 This Oxford, Miss., duo brought their fuzzy-as-hell garage rock to our stage, blowing any hangover-related cobwebs off the crowd.

In the interview, guitarist-vocalist John Barrett and drummer Colin Sneed talked about their hot new record, GB City, and how Nirvana was one of their cornerstone influences.