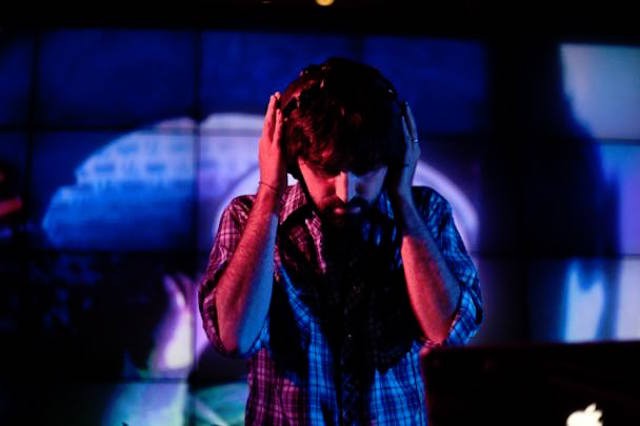 There’s a subliminal aside on Tomboy’s measured opener “You Can Count on Me,” when a distorted voice whispers, “I am out here for you.” Go figure that Noah “Panda Bear” Lennox, the paterfamilias who sang paeans to his girls and his brother on Animal Collective’s Merriweather Post Pavilion, would now expand that safety net to all of his listeners.

It’s quite the expansion: Panda Bear’s 2004 solo release, Young Prayer, was as insular as its title suggested. But a funny thing happened to the sublime, bedroom-crafted sampledelica of 2007’s Person Pitch — it went from pastiche to zeitgeist, presaging not only Animal Collective’s breakout success, but the musical direction of the next indie generation as well.

From the stark black-and-white artwork to the sounds within, Panda Bear’s fourth album scales back, proffering succinctness rather than sprawl, exchanging samplers for sequencers, in favor of added warmth and intimacy. Abetted by Pete “Sonic Boom” Kember (MGMT’s Congratulations), Lennox adds new wrinkles to his iridescent harmonies: driving guitar for the title track, thunderous reverb and loping boom-bap on “Slow Motion,” and an effortless blend of liturgical melody and rocksteady gait on “Last Night at the Jetty.”

Throughout, Lennox’s lyrics interrogate his clashing roles as artist and father. But on the bubbly “Surfer’s Hymn,” he leads by example: “When there are hard times, I’ll step it up.”