The band reveals goals for charity follow-up to Dark Was the Night. 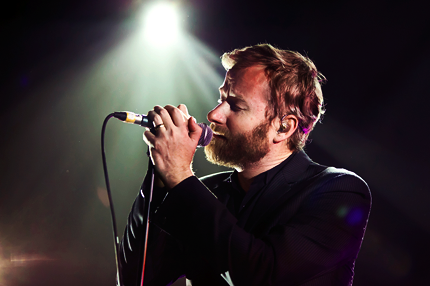 In 2009, the National’s Bryce and Aaron Dessner curated Dark Was the Night, a charity album for AIDS foundation Red Hot that featured top indie artists like Bon Iver, Sufjan Stevens, Arcade Fire, Spoon, and Feist. Now, the Brooklyn band is working on a follow-up benefit album — only this time they’ll be taking on the music of the Grateful Dead, according to an interview bassist Scott Devendorf gave with Spinner at Coachella this year.

The project is still in the works — the National’s management will only confirm that they are prepping another charity LP — but Devendorf said that they’ve got potential artists like Steve Reich and Fleet Foxes on board, as well as Bon Iver.

As for the National’s contribution, Devendorf says they are still deciding which Grateful Dead song to cover, but a song like “Box of Rain” or “Unbroken Chain” are likely candidates: “Matt [Berninger] has got to sing it, so we’re thinking a Phil [Lesh-written] song… For us, the frontrunner right now is ‘Box of Rain,’ I think, but we’ll see.”

But one thing is certain: Devendorf, who is “shadow curating” the record, said the tribute album won’t include cookie cutter renditions of Dead material. “There are so many [Dead] cover bands, I think half of the record will be reinterpreting it,” he said. “We’re also trying to think of unusual [bands]. Crystal Castles would be awesome.”