Hear the highly anticipated release from the Brooklyn art-rockers. 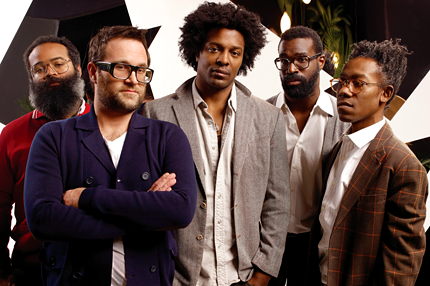 They’ve made some of last decade’s best albums, including 2008’sDear Science and 2006’s Return to Cookie Mountain, and now TV on the Radio are back with the long-awaited Nine Types of Light. The record hits stores on April 12, but you can preview clips from the entire album over at the Guardian.

In his 8-out-of-10 review, SPIN contributor Sean Fennessey calls the record “lovers rock,” and explains: “Which isn’t to say this band has never loved.Guitarist Kyp Malone’s ‘Lover’s Day’ from Dear Science remains an oft-quoted Brooklyn sex jam, and they are an undeniably physical band — not quite hip-thrusters, but Adebimpe’s wounded, off-kilter sensuality is a particularly unusual brand. They just haven’t been this intimate about their feelings before.”

And he praises TVOTR’s maturity: “Nine Types of Light feels like the liquefying of a band, ten years and four albums deep, into the soft tenderness of pre-middle-age satisfaction… Here, they return to the earth’s surface, intact, with their eyes open to what’s right in front of their faces. They want to be — and have the chops to be — all kinds of bands. And this album has a there-and-back quality, one they couldn’t have pulled off five years ago.”