The bearded folk group return with stunning second album — hear it at NPR. 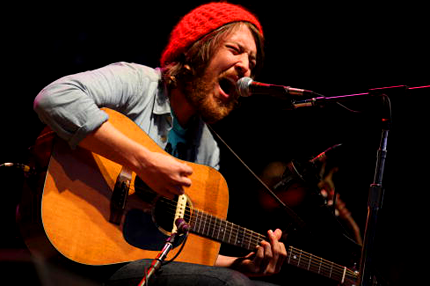 It’s been almost three years since Fleet Foxes broke out with their terrific debut album, but now their highly anticipated follow-up Helplessness Blues has arrived and it’s already one of the most beautiful records you’ll hear all year. Stream the complete record at NPR.

PHOTOS: Fleet Foxes Behind the Scenes with SPIN

In her 9 out of 10 review of Helplessness Blues, SPIN contributor Amanda Petrusich notes that Fleet Foxes deliver softer hooks and more ambitious arrangements, with a heavy influence from British psychedelic folks acts like Fairport Convention and Pentangle. Singer Robin Pecknold has also grown as a writer and he shifts his lyrical focus to things that are larger than himself.

“Pecknold, whose voice has never been sweeter, is intent on escaping the self, an especially novel notion in this era of endless personal broadcasting,” Petrusich writes. “His ideal comportment — altruistic selflessness — might not be realistic for the 21st-century human, but in the words of one of Pecknold’s great forefathers: Wouldn’t it be nice?”