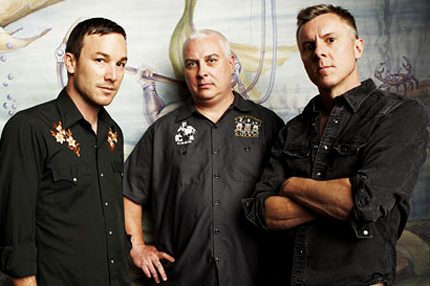 This year’s array of releases for Record Store Day (see SPIN’s picks here) is loaded with cover songs, and one in particular impressed us: Texas hard rockers Toadies doing a version of LCD Soundsystem’s Sound of Silver jam “Someone Great.” As expected, it’s totally unexpected and awesome.

With LCD Soundsystem recently performing their final show ever at a sold-out Madison Square Garden, we wholly endorse the further release LCD covers, as long as they’re as cool as this one.