J Mascis and Co. will revisit 1988 album in its entirety for six dates; Thurston Moore and Fucked Up tapped as openers. 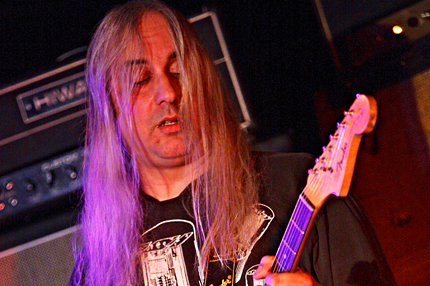 J Mascis may have just released an excellent, folk-y solo album Several Shades of Why, but the guitarist is going back to his alt-rock roots with Dinosaur Jr. this summer. The band will hit the road for a six date tour, where they’ll play their classic 1988 album Bug in its entirety (via Pitchfork). The trek kicks off June 21 in Mascis’ home turf of Northampton, MA, and wraps up July 1 at All Tomorrow’s Parties in London.

Dinosaur Jr. have tapped an excellent roster of opening acts: Thurston Moore, Fucked Up, Off!, and the Warblers will join the band for select dates. In an interesting twist, Henry Rollins — who’s currently focused on his public speaking career — will engage with Mascis (a notoriously difficult interview) for a segment dubbed “Henry Rollins interviewing Dinosaur Jr.” Head to the band’s official site for more information.