Hear "Home Is a Fire," another song from the group's forthcoming Codes and Keys. 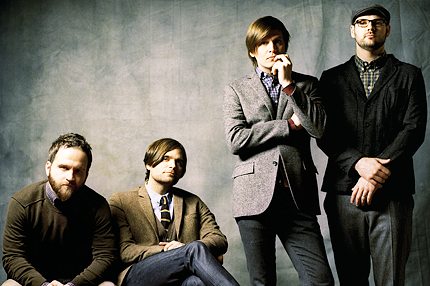 Death Cab’s first song from their forthcoming Codes and Keys (May 31) was an uplifting, guitar-powered anthem, but on a new track “Home Is a Fire,” Ben Gibbard and Co. switch things up with a gorgeous, electronic jam that hews closely to Death Cab’s original mission with the album.

Photos: Death Cab for Cutie on the road and in the studio

“It’s not a guitar-based record,” Gibbard told SPIN of the record back in October. “We’ve been into vintage keyboards and playing with that palette.” They deliver on that promise with “Home Is a Fire,” a dark tune that’s powered by dizzying drum machines and producer Chris Walla’s intoxicating atmospherics.