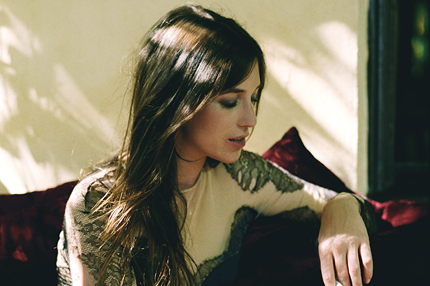 It’s been two years since actress-turned-singer Charlotte Gainsbourg released her excellent, Beck-produced album IRM, and now the daughter of legendary French songwriter Serge Gainsbourg is releasing a new single, “Memoir.” The track will be released Saturday on a limited-edition 7-inch via independent music retailers as part of the annual Record Store Day festivities, but you can stream a lengthy excerpt of it now.

For the song, Gainsbourg teamed up with Conor O’Brien of the Irish group Villagers, who wrote the song while on tour last September, and the duo cut the song in a Paris studio, along with Feist producer Renaud Letang. The result is a striking, stripped-back folk number — one of Gainsbourg’s prettiest and most accessible — and the spare, rootsy instrumentation allows her tiny, breathy voice to break through loud and clear. It will also be included in a collection of Gainsbourg material called Live and Unreleased, due this Fall.

The single also includes “Set the Tigers Free” by Villagers.

As indie retail shops gear up for Record Store Day this weekend, check out SPIN’s picks for 10 must-have releases.