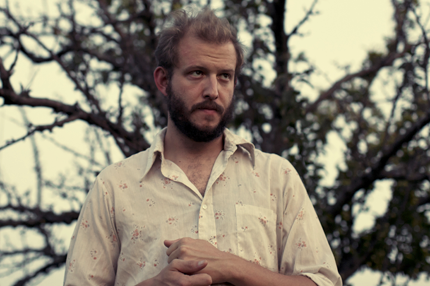 After breaking out with his smash 2008 debut For Emma, Forever Ago, and teaming up with Kanye West on the rapper’s album My Beautiful Dark Twisted Fantasy, Bon Iver’s Justin Vernon will return with his second album, titled Bon Iver, on June 21.

The record (check out the tracklisting below) features 10 new songs, which Vernon recorded over three years in a former veterinarian’s clinic in his home state of Wisconsin.

Expect the album, which promises to build off his atmospheric folky sound with more robust production, to be more ambitious than his debut: Bon Iver features a host of session aces contributing backing instrumentation and string and horn arrangements, including Rob Moose (The National), Greg Leisz (Lucinda Williams), Colin Stetson (Tom Waits, Arcade Fire), and others. Jim Schoenecker and Tom Wincek, Vernon’s collaborators under his side-project Volcano Choir, have also contributed to the album’s production. Bon Iver will be released by indie label Jagjaguwar.

To tease the album release, Bon Iver posted a short 50-second clip on his website last week, which features a snippet of material that may end up on the album.Check it out below.