In the clip for "Honey Touches," a martial artist makes the perfect smoothie thanks to the art of capoeira. 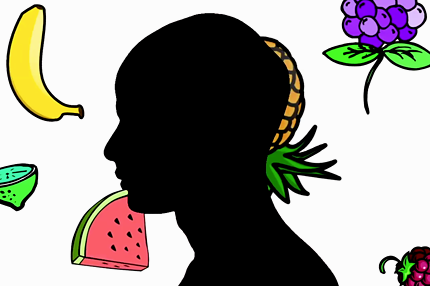 Since their debut album Kamehameha in 2006, Baltimore’s Ponytail have become one of art-rock’s best new bands, with unhinged, spastic guitar jams featuring singer Molly Siegel’s awesomely unintelligible shrieks and yelps. It’s party-starting music for the ADD set. And the group is keeping the positive momentum going on their just-released third LP Do Whatever You Want All The Time. SPIN has the premiere of the video for standout cut “Honey Touches.”

The clip – directed by Bill Benz and Mike Giambra, also known as MENZ – chronicles “man’s everlasting battle with fruit and the pursuit of making the ultimate smoothie,” the directors tell SPIN. They’re right: It kicks off, literally, with a martial artist roundhouse-kicking flying watermelons in slo-mo ninja style. But then things get really weird. Watch for yourself.