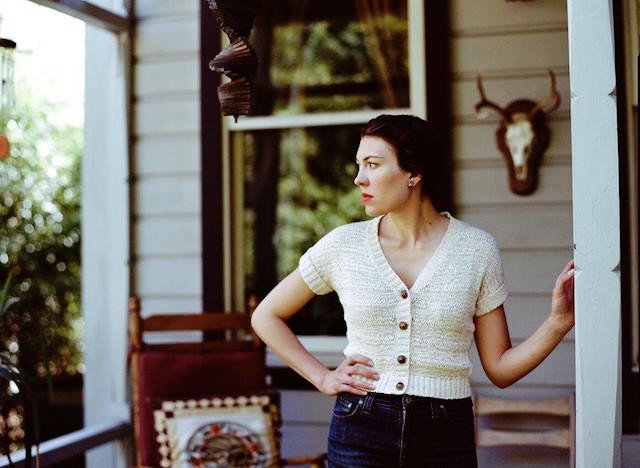 Death, madness, heartbreak: It’s all in an album’s work for Alela Diane, who can lend an attractive glow to the most devastating subjects. While superficial comparisons to Natalie Merchant or Tarnation’s Paula Frazer wouldn’t be wholly misplaced, Diane’s spellbinding voice, tender and flinty at once, casts a more quietly dazzling spell.

Following up the mesmerizing, occasionally grave psych-folk of 2009’s To Be Still, Diane seems to be craving a wider audience. Alela Diane & Wild Divine — referencing the backing band that includes both her husband and father — sports brighter, sunnier textures, thanks to producer Scott Litt (R.E.M., Nirvana), who keeps the quaint splotches of mandolin and steel guitar to a minimum. It’s not pop, but it’s getting closer.

If Diane’s songs are more accessible, they’re still not easy, creating the Inception-like sensation of wandering around in someone’s overheated brain, where urgency and a lack of clarity intertwine to disorienting effect. “The Wind” meditates dreamily about a lost friend (“Death is a hard act to follow”), adding a chill to the delicate melody; “Suzanne” presents a hallucinatory vision of a long-ago childhood home. In “White Horse,” Diane murmurs, “We are hopeful / We are scattered / We are dust,” capturing in one searing, unsettling moment the fatalism and resilience that makes her so powerful. Fearful listeners need not apply.