Dave Grohl delivers his most memorable set of songs in years â€" and teams up with Nirvana bandmate Krist Novoselic. 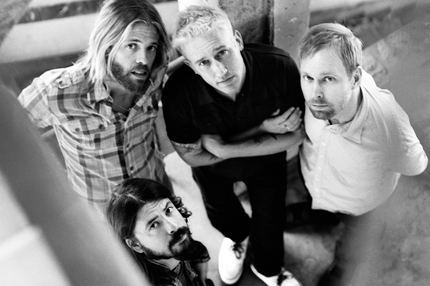 The Foo Fighters excellent seventh album Wasting Light won’t hit stores until April 12, but Dave Grohl and Co. are offering a full, high-quality stream of their record in advance. Now’s your chance to finally hear Grohl teaming up with Nirvana bassist Krist Novoselic and Nevermind producer Butch Vig on the hugely anticipated track “I Should Have Known.”

As SPIN critic Mikael Wood notes in his 9-out-of-10 review of Wasting Light, “The Foos are going back to their heavy roots but the album is more than a salad-days nostalgia trip – it’s Grohl’s most memorable set of songs since 1997’s The Colour and the Shape.

“Three-guitar riff bombs, like ‘Bridge Is Burning’ and ‘White Limo,’ brandish real heavy-metal muscle, while the insanely catchy ‘Back and Forth’ summons some of Nevermind’s poisoned-pop frenzy. In ‘I Should Have Known,’ Grohl even snatches back the bluesy power ballad from Kings of Leon.”

Meanwhile, the Foo Fighters will debut their career-spanning documentary Back and Forth for one night only on April 5 in select theaters across the country. The doc will be followed by a live concert performance, which will include the band playing the new album in its entirety. Head to the band’s official site for more info.