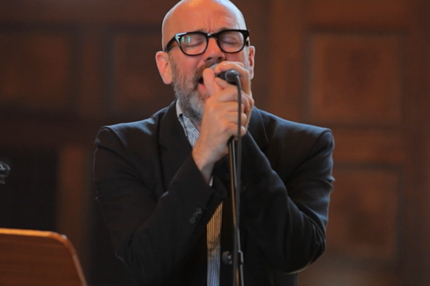 R.E.M. have announced that they won’t be touring in support of their new album — the just-released Collapse Into Now — but here’s your chance to catch the band playing one of the record’s standout songs in an intimate live setting: a blazing rendition of standout cut “All the Best.”

The clip — shot by Dominic DeJoseph and frequent R.E.M. collaborator Lance Bangs at Hansa Studios in Berlin — is an extended version of footage from the band’s album trailer, which they debuted back in December. R.E.M. have also announced ambitious plans to produce a music video for each of Collapse’s 12 tracks, which will be directed by everyone from actor James Franco to rock documentarian Albert Maysles (Gimme Shelter). The videos will be rolled out over the coming weeks.