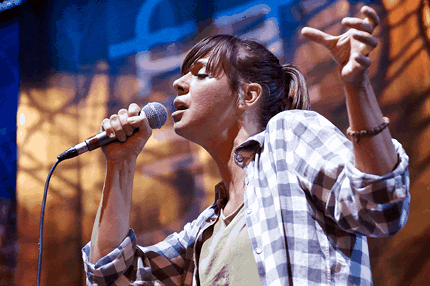 At a recent gig in San Francisco, Cat Power’s Chan Marshall debuted a haunting new song — a brooding, guitar-powered dirge that showcased her gorgeous, nicotine-stained voice. Turns out she debuted a few more new tunes at that gig, as TwentyFourBit points out.

The three untitled songs offer an early look at the direction Marshall could take for the album she is currently recording and suggest she’ll go for a similar sound as on her last LP The Greatest and her covers collection Jukebox. The songs range from bluesy, minimal jams — which feature Marshall backed by her band — to gut-wrenching ballads, performed solo by Marshall on electric guitar.

What do you think of Cat Power’s new songs? Tell us below.