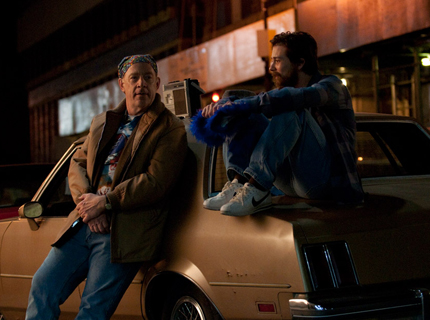 The Music Never Stopped, a new film directed and produced by Jim Kohlberg, stars J.K. Simmons and Lou Taylor Pucci as father and son who overcome stifling odds through the music of Bob Dylan, the Grateful Dead, the Beatles, and numerous other rock legends.The film is screening this month in cities across the country.Click here to RSVP!

In the film, Gabriel Sawyer (Pucci) runs away from home when his father, Henry (Simmons), refuses to let him see a Grateful Dead show. The two are later reunited when Henry learns his son has a brain tumor that prevents him from creating new memories.

Slowly but surely, the two repair their relationship through the tunes of Dylan, the Dead, the Stones, and other classic icons, whose songs seem to be the only thing helping Gabriel’s mind to progress.

Check the trailer out below and hit up a screening near you!