Hear the singer's collaboration with the Swedish pop pros on "Cardiac Arrest." 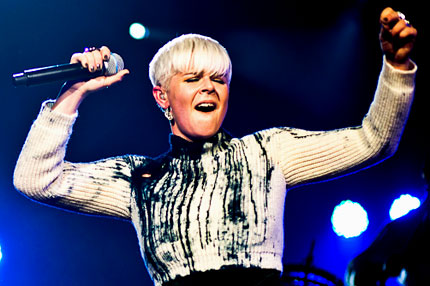 After a banner year that included the release of her ambitious Body Talk trilogy, Robyn is back with a new song – a collaboration with fellow Swedish pop-meisters Teddybears, titled “Cardiac Arrest.”

The track, which was first released in 2010 by Teddybears with singer Mapei, is a disco burner, spiked with psychedelic guitars and skittering synths. But it transforms into a white-hot anthem in the chorus, as Robyn delivers tongue-twisting, hip-hop-inspired lines like “Baby Barbie on barbiturates” while commanding you to “Shake your bone maker.” Nice!