WATCH: Flight of the Conchords' Schaal plays the President in the Brooklyn band's juicy clip. 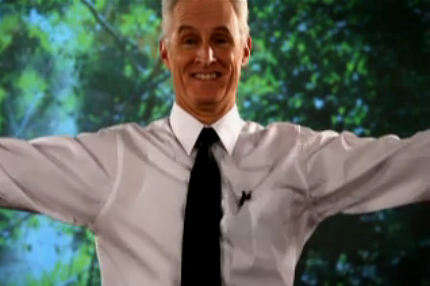 Now here’s a TV series we’d actually like to see: Kristen Schaal, the creepy superfan in Flight of the Conchords, in the role of the President of the United States, and John Slattery, the womanizing ad exec from Mad Men, playing the secret service agent secretly in love with her. Juicy! And thus is the plot of the National’s new music video for “Conversation 16.” Watch below!

The indie pop track from the quintet’s super awesome 2010 album, High Violet (how awesome? Eight stars awesome), provides a fitting soundtrack to the silly onscreen drama, a love triangle between Slattery, Schaal, and an Eastern Bloc ruler. There’s even a presidential thong, a dude in a bear suit, and a turkey involved. Who knew the emotive Brooklyn band were so funny?