The singer-songwriter explains how her latest album ushers in a new attitude in making music. 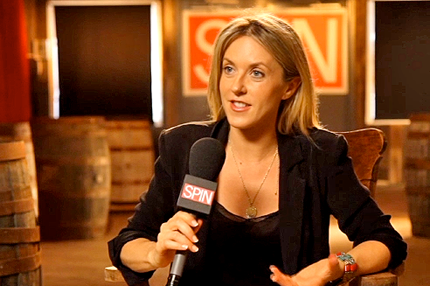 Liz Phair has been out on the road promoting her self-released album Funstyle — and what the songstress liked most about this year’s SXSW was that it marked the celebratory end of her tour trek. “It’s a nice way to be like ‘Done! Let’s Party!'” she told SPIN.

Phair thinks some critics missed the mark in attacking her record. “It has been really fun and funny to watch people’s reactions to Funstyle,” she said. “It was very experimental and just fun for me to put out. Obviously in the title itself, it lets you know what you’re gonna get — the lack of humor shown by a bunch of the reviewers is really kind of funny because they took it very seriously.”

Overall, though, Phair says she enjoyed making music for the point of, well, making music: “We all have a different sense than we did before, where there was huge amounts of money being put into record-making. Now it’s so much cheaper to make music that we have an attitude that kind of goes along with it. Everybody does it for the love of doing it. And that’s what Funstyle was all about — just the love of making music between friends.”

Watch the interview below!