The rapper's follow-up to the massively successful 'Tha Carter III' will be his first post-prison album. 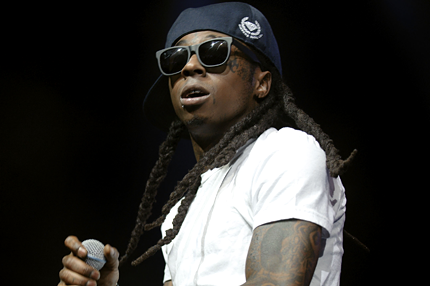 It’s one of the most anticipated albums of the year, and now Lil Wayne’s Tha Carter IV has a confirmed release date of May 16. The rapper revealed the news during an interview with MTV while at the kick-off date for his I Am Music II Tour in Rhode Island.

“Tha Carter IV is done,” Wayne said. “All they need to do is tell Tez [Wayne’s Manager, Cortez Bryant] to stop sitting on it…It can come out tomorrow ’cause I’m so finished…Tha Carter IV will be dropping May 16. If you’re not doing anything, do me.”

The album will be Wayne’s first official effort since getting out of prison in November, but as SPIN reported in September, Wayne had completed much of the material before heading into Rikers Island, but Bryant said Wayne would likely re-record the album after being released. “He’s going to probably start from scratch,” Bryant said. “I know how he records — he’s in the studio every single day. That’s his life.”

Expect the new disc to be one of the biggest successes of 2011: Wayne’s 2008 disc Tha Carter III was the biggest selling album of that year, moving 2.88 million copies, according to Nielsen SoundScan.