Preview Better Than Something: Jay Reatard, which looks at the short life of the Memphis punk rock savant. 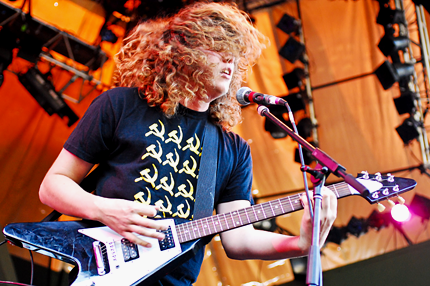 It’s been a little over a year since Jay Reatard suddenly passed away at age 29, and the Memphis punk savant is the subject of a revealing documentary that will be screened at various film festivals this year. Better Than Something: Jay Reatard, directed by Alex Hammond and Ian Markiewicz, will premiere at the Memphis International Film & Music Festival and the Nashville Film Festival next month (via Pitchfork).Check out a trailer below.

Better Than Something offers an intimate portrait of Reatard’s short life, with rarely seen live footage, interviews with friends, and never-before-seen conversations with Reatard himself. In one prescient moment, Reatard talks about his struggle to be as creative as possible in his youth: “Some people think you have, like, a certain amount of songs before you dry up, or whatever. I tend to think it’s like amount of time, so I’m racing against time constantly.”