At Home with Cage the Elephant’s Matt Shultz

VIDEO: Go inside the Kentucky home of the rockin' frontman. 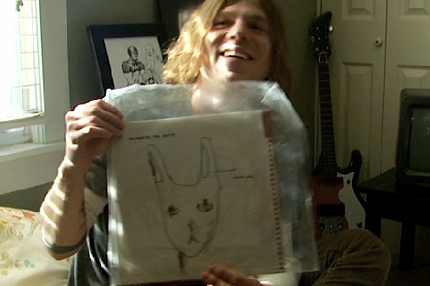 We visited the Bowling Green, Kentucky, home of Cage the Elephant frontman Matt Shultz, and discovered his favorite things, from Daniel Johnson drawings, a BB gun, Playskool and Fisher-Price toys, and much more.

Watch the behind the scenes video below to see Matt talk about all of the goodies.

About our host: “We’re paranoid about repeating ourselves,” says Cage the Elephant singer Matt Shultz. So on the Kentucky quintet’s second album, Thank You Happy Birthday (Jive), Matt, 27, and rhythm guitarist brother Brad Shultz — along with drummer Jared Champion, guitarist Lincoln Parish, and bassist Daniel Tichenor — dig into Shultz’s newfound fascination with ’60s AM pop, which will be on display during the band’s spring tour. But the frontman can’t forsake his punkish roots. “If I write anything too melodic,” he admits sheepishly, “I’m still like, ‘I don’t know, man.'”

WATCH: In My Room with Cage the Elephant’s Matt Shultz