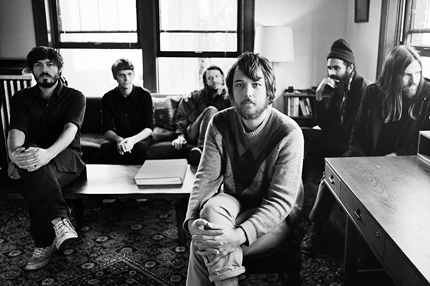 Fleet Foxes’ first taste of their May album was a strummy, reverb-soaked ballad about working in the fields called Helplessness Blues. Now, the Seattle folkies have offered up the second track, “Battery Kinzie,” and it shows the group’s new record won’t just be a collection of peaceful pastorals. The track premiered on BBC Radio yesterday (via One Thirty BPM).

“Battery Kinzie,” which refers to a turn-of-the-century gun battery in the Foxes’ home state of Washington, is a barn-burner packed with rumbling timpanis, vigorously strummed guitars, and singer Robin Pecknold’s lung-busting bellow. It’s one of the group’s most amped-up tunes yet.