The Baton Rouge MC is facing the death penalty -- and prosecutors are using his rhymes against him. 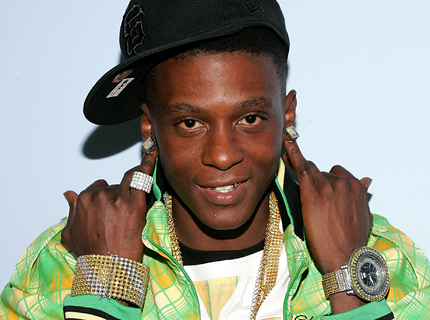 One of the more ridiculous critiques lobbed at hip-hop, from both outsiders dismissive of the genre and old-head traditionalists upset at where the music’s ended up, is that gangsta rappers rarely tell the truth in their rhymes. Besides just being irrelevant, it’s one of those zingers that sounds good, but unravels the moment it’s given any thought. Mostly because there’s an implicit suggestion that such grumbling would stop if rappers actually got out there and hustled or committed violence. Only a small group of street-minded knuckleheads seriously expect such authenticity, right?

Apparently, a Louisiana district attorney does, as well.

When not piling on the sentimentality, BoosieJustice.Com, the website for Baton Rouge rapper Lil Boosie, who currently faces a first-degree murder charge, attempts to examine the injustices in his case. The “About” page cites the lack of evidence, the fact that Boosie’s involvement hinges on the words of a criminal offered a deal for naming other conspirators, that the rapper’s been a target of police for quite some time (due to politically charged songs like “Dirty World,” it suggests), and perhaps most disturbingly, the use of Boosie’s lyrics as evidence against him.

Boosie’s troubles with the law began in October of 2008 when he was caught with marijuana and a handgun and sentenced to two years after taking a plea deal. He then violated probation (he left his home while under house arrest) and got four years. While in jail, he was charged with first-degree murder, and now may face the death penalty. There have been mutterings for some time now that the police may connect Boosie to five or more other unsolved murders. If you’re looking for street cred, Boosie’s got it through the roof.

As a rapper, he’s an emotional yelper with a few minor radio hits (“Zoom,” guest spots on Webbie’s “Wipe Me Down” and “Independent”) and a deeply devoted regional fanbase. Boosie’s entire persona revolves around just how joyless and devastating his life has been. Last year’s Incarcerated was a concept album about his pending murder charge and it’s so powerful because it’s not full of grin-and-bear-it “keep ya head up”-isms, but seething desperation. “The Rain” is your typical sad-sack album closer, but Boosie destroys the formula with his jarring honesty. He tells listeners that “being a daddy [the] only thing that make [him] happy,” and that he “don’t even like to rap sometimes.” He even curses his recent diabetes diagnosis and regrets his lack of health insurance.

If the D.A.’s plan is to use Boosie’s lyrics against him, he couldn’t have picked a worse rapper. There’s no glee in Boosie’s songs and the violence is accounted for, if not immediately, then somewhere down the road. He makes music about consequences. And when he isn’t rhyming about how much life is irreparably fucked, he’s delivering oddly touching, earthy, sex raps. “Green Light Special” is an honest slow jam, complete with Boosie’s working class brand of feminism–if you’re a ride or die chick, you’re in; and the video (prefaced with a message from Boosie’s mom) is a dose of Michael Mann-esque tough-guy pathos shot by street-video auteurs Motion Family. He doesn’t even seem that happy in the video, though the few times when his grimace almost goes away are all the more powerful because they’re so rare.

Reduced to a few choice, violent lines however, the track “Mind of a Maniac,” from 2009 album Superbad: The Return Of Boosie Bad Azz, could be the type of song that might sway a jury. But it shouldn’t. It’s a painfully self-aware confession. Particularly clever are the opening lines, which outline Boosie’s paranoia, vices, and talents: “I keep a gat because niggas murder / Got a bad habit of purple / In the studio, while I murk ya, I’m comin’, man.” Notice that the only thing he’s trying to kill (or “murk”) there are fellow rappers… in the studio. Unfortunately, such lyrics are rarely afforded close reading, let alone appreciation or understanding.

Last year, Thomas Chatteron Williams’ smug coming-of-age memoir Losing My Cool: How A Father’s Love and 15,000 Books Beat Hip-Hop Culture, was punctuated with random, context-less hedonistic rap lyrics from his childhood—for example, a loaded line from Biggie’s “Big Poppa” was plucked to prove a point about rap’s corrupting influence. Earlier this year, The Atlantic’s Ta-Nehisi Coates critiqued Kanye West’s vomiting-up of insecurities on My Beautiful Dark Twisted Fantasy in a piece called On White She-Devils. He suggested that the album was “casually racist” due to its employment of “white women as objects,” conveniently ignoring Kanye’s tendency to list objects, be they white or light-skinned girls, or a really nice watch, as signifiers of his lonely success. Not to mention Kanye’s depressive boast from “Power” that “in this white man’s world, we the ones chosen” which acknowledges both his rarefied status and the reality that he remains a victim of racism. Coates also called Dark Twisted Fantasy “slut-shaming,” while ignoring the song “Hell Of A Life,” an empathetic ode to porn stars. If writers like Coates, who are serious listeners of hip-hop, can’t properly parse the lyrics, there’s hardly any hope for a Louisiana jury.

BoosieJustice does make a mistake in categorizing Boosie’s music as simple “entertainment.” Though it’s important to reject the absurd notion that lyrics can, in any way, be evidence of a crime, it’s clear that Boosie’s writing provides a great deal of insight into how he’s living his life, and it would be wiser to approach this reality head-on. Even a cursory listen through Boosie’s catalog creates a pretty devastating web of dead friends and family members (his late grandmother comes up very frequently). These losses haunt his fame and fuel his depression.

Indeed, if rap lyrics are an acceptable part of a criminal case, then there’s just as much “evidence” that the lyrics on Incarcerated and Superbad: The Return Of Boosie Bad Azz prove that the defendant, Torrence Hatch, knows exactly why killing someone is not such a good idea. He’s been rapping about all the reasons for years.