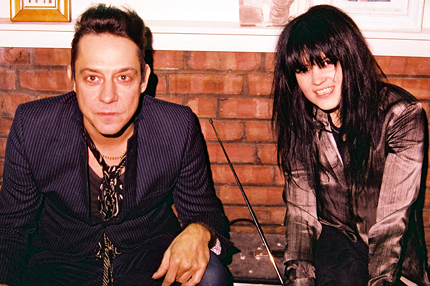 The Kills’ excellent fourth album Blood Pressures won’t hit stores until April 5, but Alison Mosshart and Jamie Hince are offering a full stream of the of the record one week early. Head over to their official site to hear it.

As SPIN critic Mikael Wood notes in his 8-out-of-10 review of Blood Pressures, Mosshart’s recent stint with Jack White in the Dead Weather has helped the group expand beyond their minimal, goth-punk sound — which isn’t so much of a surprise. What’s shocking is how much their songwriting has evolved this time around. “‘Satellite’ is a creeping fuzz-funk jam, while ‘Nail in My Coffin’ sports a catchy arena-glam chorus,” Wood writes. “With ‘The Last Goodbye,’ they even pull off an old-timey piano ballad about Mosshart’s inability to ‘survive on a halfhearted love that will never be whole.'”