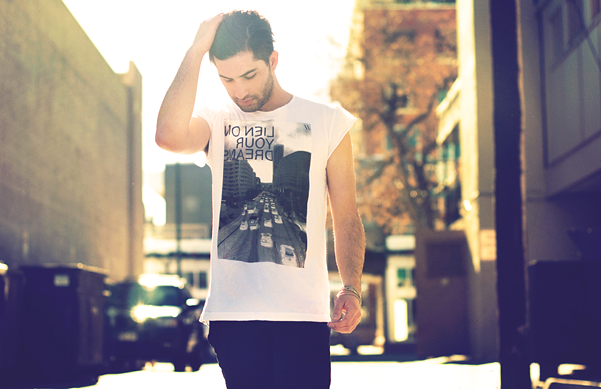 Kamtin Mohager, who records as the Chain Gang of 1974, made a big splash at this year’s SXSW as one of SPIN’s must-hear acts. Now he’s set to release a new album, Wayward Fire, on June 21 — his first proper studio album for a label. We’ve got the exclusive premiere of the brand new song “Undercover” here.

On “Undercover,” and throughout Wayward Fire, Mohager — who grew up in Hawaii, and first chased his musical dreams in Denver — stirs in a bit of everything that makes post-millennial dance music great, from ’80s synth swells to gritty post-punk guitars to yearning, lovelorn vocals. Elsewhere, he’s mastering the LCD Soundsystem-style slow burn (“Hold On”) and New Wave-y pop (“Matter of Time”).

Mohager takes his live show around the West Coast in late April — visit his MySpace page for dates.