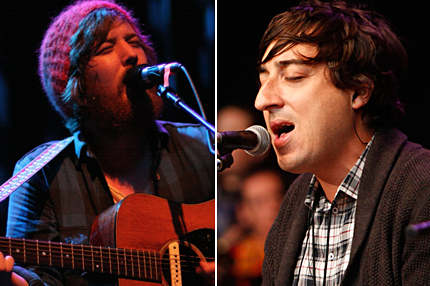 It’s a beautiful day in the indie rock animal kingdom.

Of the other two other tracks, “Derwentwater Stones” is “a new solo jam,” Pecknold explained, while the other is a cover of “Where Is My Wild Rose” by New Zealand folk singer Chris Thompson. Download all three songs right now.

“These aren’t Fleet Foxes songs, but I didn’t know where else to disseminate it,” Pecknold said. “Pretty mellow jams.”

Indeed. All three are hushed and spare acoustic ditties, with Pecknold’s mountain-high voice pared down to a gentle whisper as he revisits familiar territory: Swaying leaves? Dirt, water, and stones? Looks like PBS found the soundtrack for their next animal kingdom special.

What do you think of Pecknold’s new songs? Tell us in the comment section.