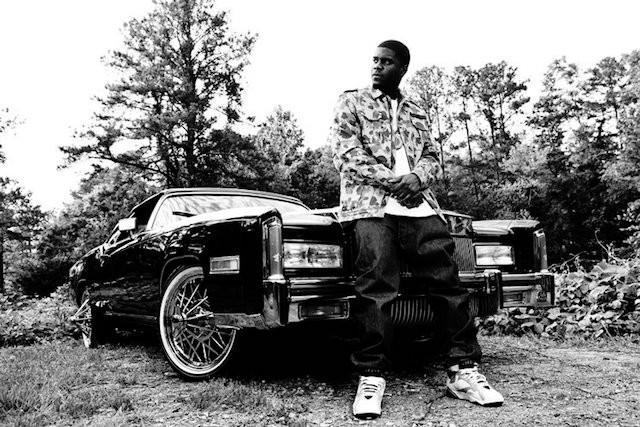 Everything about Big K.R.I.T. that’s smart, touching, and some-times a bit difficult to take is contained within “Another Naive Individual Glorifying Greed and Encouraging Racism.” Saccharine jazz samples battle a steady Southern thump, as the Mississippi rapper lashes out against institutionalized bigotry and idiots on his block. The hook is a deadpan declaration: “I don’t wanna be another nigga.”

Always on the verge of being too self-aware, K.R.I.T. has yet to fall into the above-it-all message-spouting that’s brought down so many talented MCs. He’s like a pre-hippie Common, or Nas, before dude realized he was a genius. And when the time’s right, K.R.I.T. isn’t afraid to drop a big, dumb Three 6 Mafioso chant (“My Sub”). Signed to Def Jam but aware of the influences he needs to shake off in order to put across his own distinctive style, K.R.I.T. appears refreshingly humble as he deliberately moves toward his big-deal debut. But the mixtapes he’s making on the way are hardly entry level.

Return of 4eva, his second near-classic full-length in less than a year, is more bold than 2010’s K.R.I.T. Wuz Here, and features a variety of quality guests (Ludacris, David Banner, Raheem DeVaughn). Still, this regular-guy rapper/producer remains grounded despite his obvious ambitions, and the album’s focus rarely strays, as K.R.I.T.’s baroque country-rap beats (the muffled soul of “Dreamin,” the Atari bloops of “King’s Blues”) deftly set the stage for confessionals (“Rise and Shine,” “American Rap-star”) that have a gut-punching intensity.