1.Dancing with the Stars! 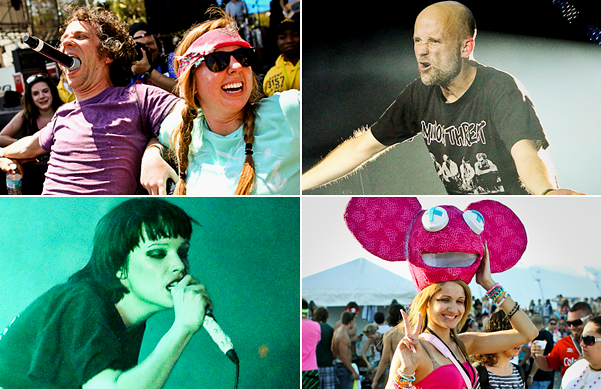 The 150,000 fans who invaded downtown Miami's Bicentennial Park from March 25-27 for Ultra Music Festival are a different breed of concertgoer. These people know how to party. Hard.

Which is exactly what they did over three music-filled days and nights that showcased the best of the best in dance music, including stars like deadmau5, Tiesto, Duran Duran, and Crystal Castles, as well as hot up-and-coming acts.

Read on for SPIN contributing photographer Ian Witlen's highlights of the festival.

2.Dancing with the Stars!

The 150,000 fans who invaded downtown Miami's Bicentennial Park from March 25-27 for Ultra Music Festival are a different breed of concertgoer. These people know how to party. Hard.

Which is exactly what they did over three music-filled days and nights that showcased the best of the best in dance music, including stars like deadmau5, Tiesto, Duran Duran, and Crystal Castles, as well as hot up-and-coming acts.

Read on for SPIN contributing photographer Ian Witlen's highlights of the festival. 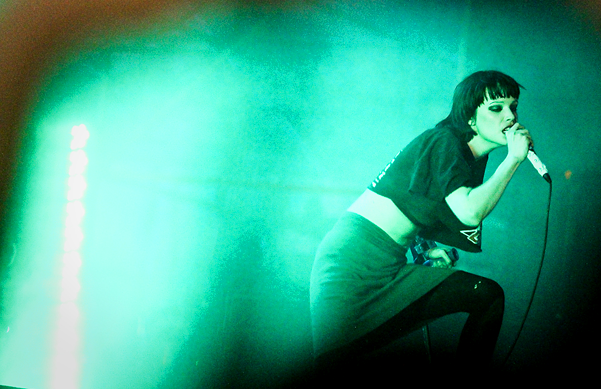 The Toronto goth-electro duo are know for their intense live shows, which include seizure-inducing lights and chest-compressing bass, and their Ultra Fest set certainly brought the ruckus. "Security closed down the photo pit during their set, so navigating the crowd was wild," Witlen says. "Right after taking this photo, I turned around and saw in the distance -- too far away to shoot -- a kid in a wheelchair that was crowd surfing. Seriously. Crowd surfing. Everyone was helping him out, lifting his wheelchair and making sure he didn't fall." 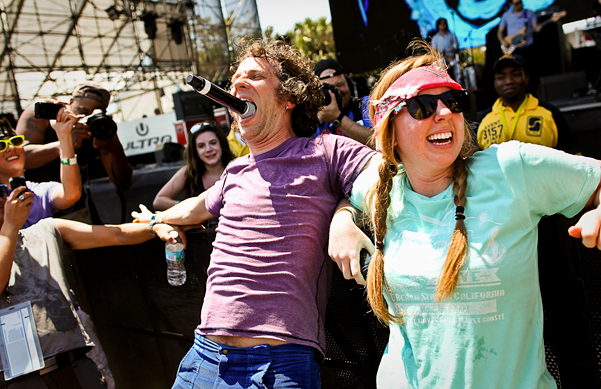 The Sacramento dance-punk outfit made the most of their early set time on Sunday. "They were one of the first bands to play and only 30 or 40 people showed up," says Witlen. "The lead singer Nic Offer went all out, though. He performed most of their set in the crowd, where he stole a fan's hat, ran around, then gave it back. He was having a lot of fun. Fans who woke up early to see !!!'s set were certainly rewarded." 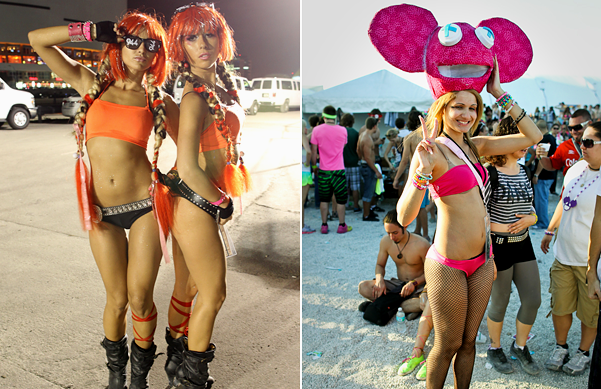 Many of the dance music fans at Ultra immerse themselves in the music, some even sporting color-coordinated bikinis and quirky mouse helmets, in honor of Canadian electro house DJ-producer deadmau5. "These are people with normal everyday lives, but they come alive at Ultra," says Witlen. "They transform from assistants or sales people or hair dressers into wild, glowstick-toting ravers. And the amount of skin you see is just... insane. Hey, it's Miami." 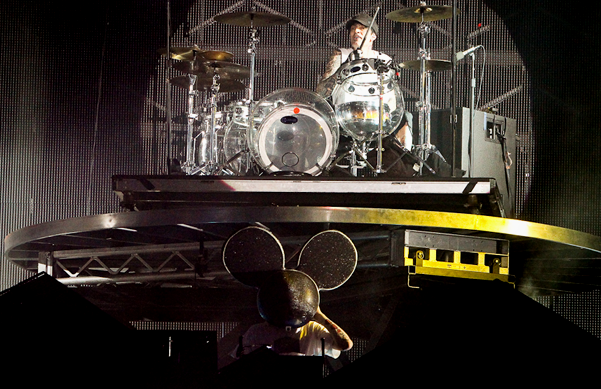 For his headlining set Saturday night, deadmau5, aka Joel Zimmerman, brought along a special guest: Motley Crue sticksman Tommy Lee, his good friend. "There were at least 100 homemade mouse heads bobbling around in the crowd," explains Witlen. "And when Tommy Lee appeared on the drum riser the crowd went ape shit!" 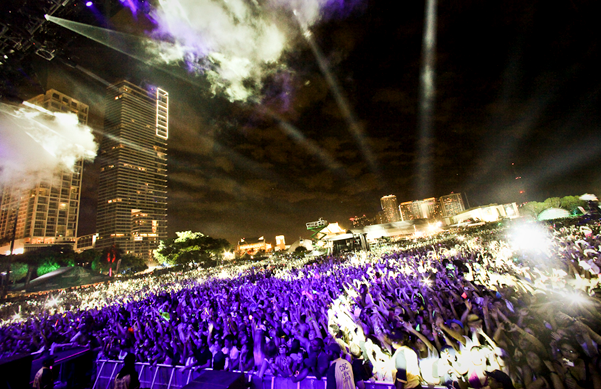 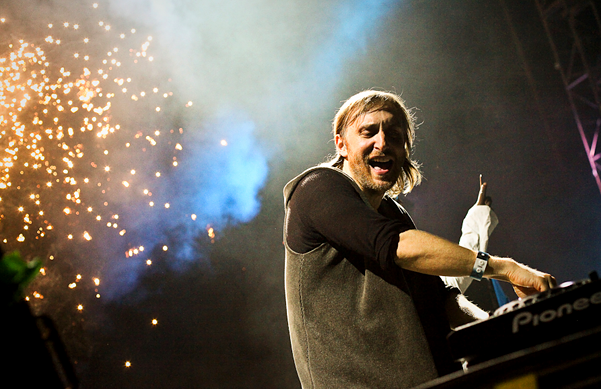 The Grammy-winning French DJ-producer threw a wild party onstage during his set Sunday night. "He had Flo Rida, will.i.am, and Afrojack all join him during his set," says Witlen. "They were drinking, laughing, having fun. At end of his set, two people dressed as robots fired lasers and pyro from a gun, and fireworks were exploding everywhere. He asked the festival's producers to shut off lights, then he told the crowd to take out their cellphones and lighters and light up the sky." 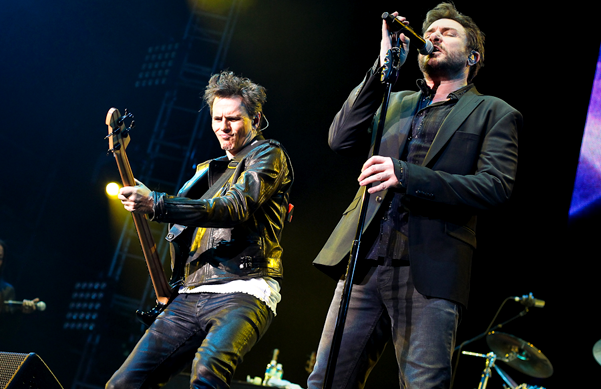 The veteran New Wave band's show on Friday was a reminder of their immeasurable influence. "Their set was awesome," says Witlen. "Some of the younger people in the crowd -- many only half as old as the band's 33-year career -- didn't stay long and headed to other stages to see more dace music. But if they only knew that without Duran Duran there wouldn't be as much electronic dance music to enjoy these days. Respect your elders, kiddies!" 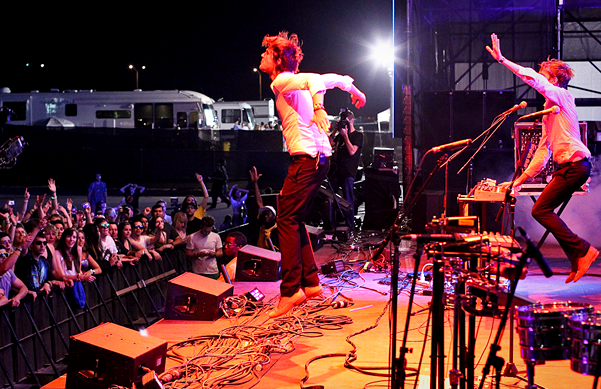 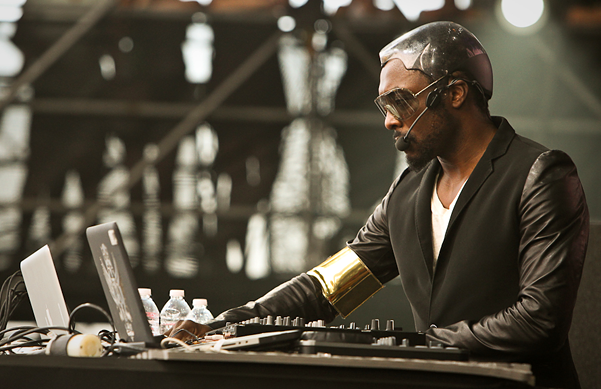 The Black Eyed Peas rapper-producer kept audiences dancing on Sunday afternoon with his genre-blending set. "He'd find a way to mix everything from Prodigy to the Offspring," says Witlen. "It's a wild, weird sound. And he pulled it off. He's sort of like a Girl Talk for the rave crowd." 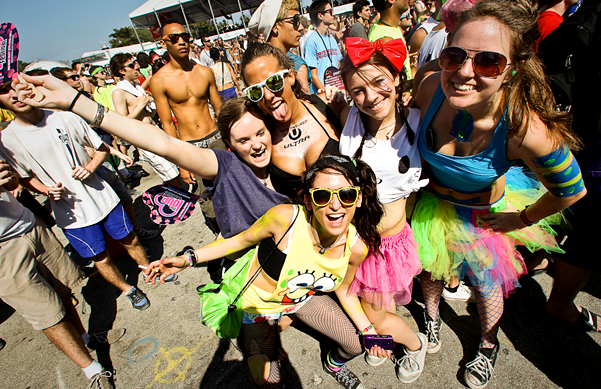 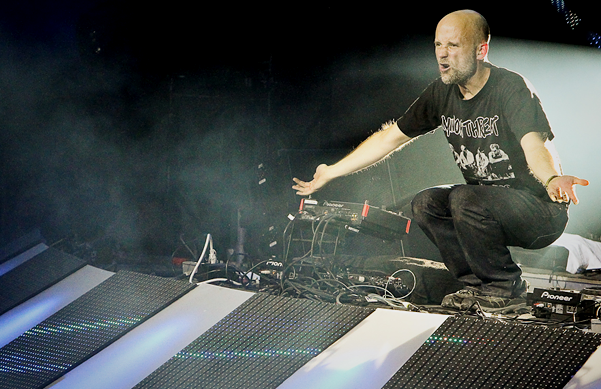 Witlen noticed that the New York City DJ-producer-songwriter came to life once he stepped onstage. "I saw him backstage hanging out. He was reserved, quiet, a man of very few words,"Witlen explains. "But once he's behind his turntables he's batshit insane. He's dancing, climbing up on the scaffolding, bouncing around, screaming. Where did the energy come from?" 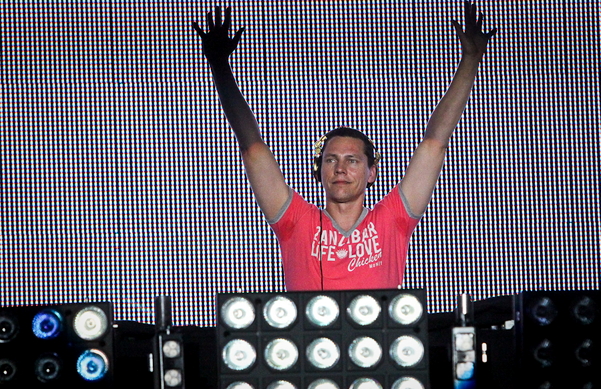 Witlen was impressed by Friday night headliner Tiesto -- and his hard-hitting sound. "After shooting in the pit for the first three songs, I visited a friend on the 29th floor of the building across the street from the park," he says. "Even at that height you could feel the bass!" 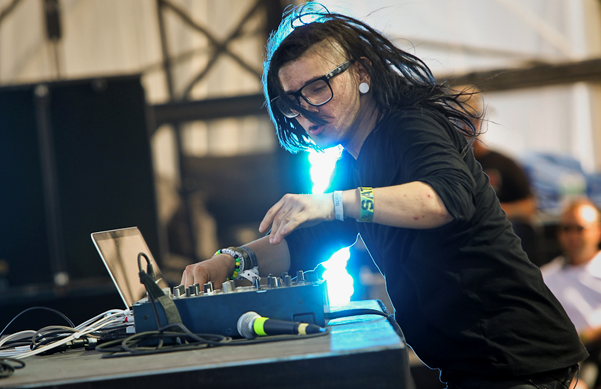 The up-and-coming Los Angeles DJ, born Sonny Moore, drew elements from his days fronting post-hardcore band From First to Last, and added them to his frenetic mix of sub-bass, thumping electro beats, and neon synths. "He mixes in double kick drums, dry-lung screaming, and distorted guitars. And it works," says Witlen. "It was truly a mix of hardcore and dance elements."