The Arctic Monkeys Roar Back With New Tune 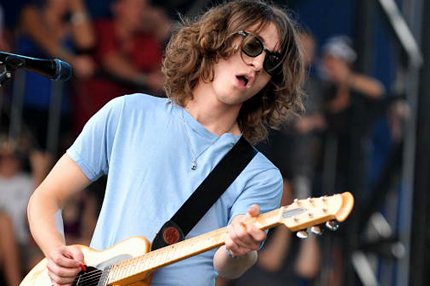 England’s Arctic Monkeys are currently in the studio cutting their fourth album, and while the band has not announced details about the album’s release, they’ve unveiled a new track today titled “Brick by Brick,” which you can hear below.

The song builds on the muddy, psychedelic leanings of the band’s 2009 LP Humbug. There are tons of classic rock reference points: the thunderous verse calls to mind the heaviest moments of Pink Floyd’s The Wall, while the bright, sugary chorus revolves around a sunny guitar lick reminiscent of the Byrds. “I wanna rock’n’roll,” singer Alex Turner croons. “Brick by brick!” Mission accomplished.